Hudson Falls is a village located in Washington County, New York, USA. The village is in the southwest of the town of Kingsbury, on US Route 4. Hudson Falls is part of the Glens Falls Metropolitan Statistical Area. As of the 2000 census, the village had a population of 6,927. It was the county seat of Washington County until 1994, when the county seat was moved to Fort Edward.

In 1764, Albert Baker built Kingsbury's first sawmill near what is known today as Baker's Falls. As early as 1792, the area of Kingsbury near Baker's Falls was referred to as Sandy Hill. In 1810, the hamlet incorporated as a village, keeping the name Sandy Hill. Its boundaries expanded to their current limits in the 1840s. In 1910, the village's name was changed to Hudson Falls.

Stone quarried in Hudson Falls was used to construct the Bennington Battle Monument and the Brooklyn Bridge; the site of the quarry is now occupied by the Washington-Saratoga-Warren-Hamilton-Essex Board of Cooperative Educational Services. The Glens Falls Feeder Canal runs though the village.

In the first week of September around Friday-Saturday, every year there is a carnival in remembrance of a celebration of the past with the 175th Anniversary of the founding of the Village. The carnival is referred to as "Sandy Hill Days" and is hosted at the Hudson Falls Kindergarten Center near the KoC (Knights Of Columbus) and within the Village center Juckett Park where there is also a flea market. 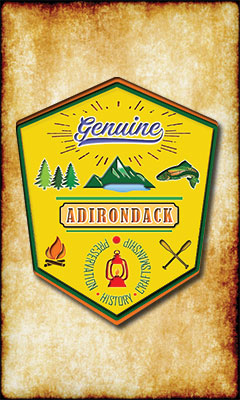